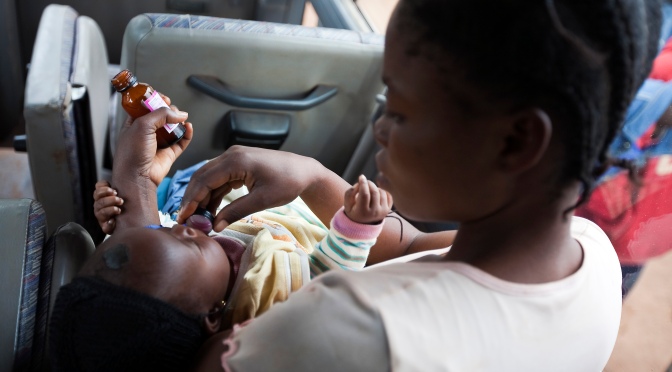 By Naomi Kamau, freelance journalist based in Nairobi.

Maternal health and child delivery is a crucial phase in a mother’s life and that of her baby. I tend to believe that every mother who carries a pregnancy to full term hopes to deliver well and have a baby after nine months of ‘hard work’.

For some mothers this is not always the case as complications may arise causing miscarriage, still birth or death of the baby. Other mothers go through prolonged labor or a c-section while yet others have not so good treatments from nurses and midwives.

On September 4, 2013 video footage went viral of what can be termed as the worst possible form of patient mistreatment experienced at Bungoma District Hospital in Kenya. The video shows a mother forced to deliver on the floor as nurses look. They then abuse and slap her for supposedly messing up the floor. Given the public outcry and demand that the nurses on duty be fired and their licenses revoked, the hospital staff blamed the surge in numbers of expectant mothers for the sorry situation. Nevermind the psychological damage that was done to the lady at hand and the fact that this video was taken by another expectant lady awaiting delivery. When she saw what happened to her counterpart she told her husband to transfer her from that hospital.

To say the least, the situation was saddening. And we could only hope that other nurses had learned their lesson from this scenario. However, barely four months later another story of expectant mother negligence occurred.

On January 16th this year, a mother said her newborn baby died because she gave birth while standing due to negligence. The woman and her husband say the baby came straight from the womb and hit his head on the floor, dying minutes later. Efforts to resuscitate the baby boy were futile as he died about ten minutes later. The medical superintendent admitted that the unfortunate incident had happened but attributed it to a shortage of staff. He said that the nurses in charge were busy attending to another patient who had come in with a raptured uterus.

These and many other cases that go unreported form not only nurses/doctors negligence but add to the statistics of maternal health care. Many times I have heard conversations of mothers saying they preferred men midwives as compared to women. The reason? Men make better midwives and are gentle and caring to their patients while women are harsher and see ‘no big deal’.

Another debate that comes up is whether to go to a public or a private hospital for delivery.

My sister gave birth to her first child in a private hospital. In her conversations with other mothers they always tell of how things happen ‘really quick’ in a private hospital leaving no room for natural labour pain and child delivery. For instance the nurses are too quick to put you on drip or in some cases suggest a c-section. This may be the reason why she opted for a public hospital for her second delivery.

I dare say it is only mothers who have been there who are able to attest to these findings. One of the major maternity hospitals in Nairobi is Pumwani. Although it has had its fair share of challenges including strikes, holding mothers “hostage” for failure to pay maternity fee and child swapping, it is also one of the maternity hospitals that records the highest numbers of child deliveries.

What Can You Do to Help?

2 thoughts on “Maternal Health in Kenya”