Hunger is a perpetual global crisis that affects 805 million people every day. Some continents have hunger rates as high as 21 percent of its population. In fact, Africa and Asia have the highest hunger rates in the world. 791 million hungry people live in developing countries. [1]

The United States has long been a food provider for the world, but the way in which food aid is chosen and delivered to poor countries around the world is outdated. In fact, the system is bloated with nugatory, bureaucratic red tape and payments that go to middlemen instead of buying the food and transporting it that is desperately needed. 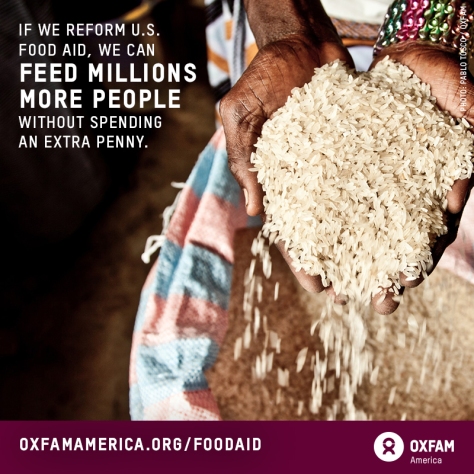 Food Aid Reform has been an area of contention for quite some time in Washington. Some of our leaders want to keep the status quo intact while others are loath to waste another year through archaic feeding programs that can easily be shifted  and reshaped to feed more people.

On Thursday, February 12, 2015 U.S. Senators Bob Corker (R-Tenn.) and Chris Coons (D-Del.), both members of the Senate Foreign Relations Committee, reintroduced the bi-partisan Food For Peace Reform Act of 2015 [2]. The Act is simple in its proposed changes. The Corker-Coons bill would allow food commodities to go to countries in need not only from the United States, but also regional and local countries via cash transfers and vouchers, whichever is least expensive.

Additionally, the Corker-Coons bill would allow food to be transported on non-US ships which is estimated to save $50 million. Currently 50 percent of food aid must be shipped on American-flagged ships.

And, finally, the bill would eliminate “monetization” programs freeing up money to feed 800,000 more individuals. 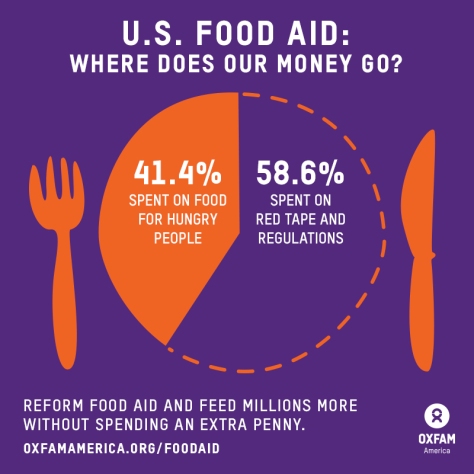 While the Corker-Coons bill seems to make perfect sense it is not without its vocal critics. Growers staunchly believe the bill will cut them out of the supply chain where food would instead be sourced locally and regionally and provided to countries that have hunger issues.

As current supporters of the Food for Peace Reform Act of 2015, Oxfam America has been longtime food reform advocates. In a Washington climate where fiscal responsibility is on everyone’s lips, this bill has been carefully formulated to achieve three primary objectives: feed more people, at a quick pace, and it won’t cost US taxpayers another cent.

How Can You Help?