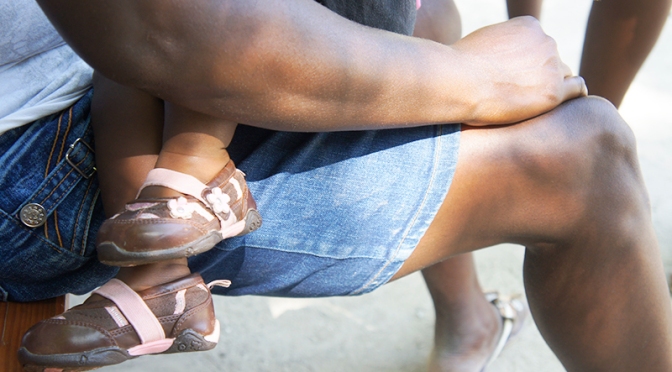 While visiting Haiti you will see that the United Nations’ presence is palpable across the country especially in the capital Port-au-Prince where the United Nations Stabilization Mission in Haiti (MINUSTAH) is housed. During rush hour it is not uncommon to see countless UN vehicles with peacekeepers and leaders in berets (mostly men) among the many motos and cars driven by locals, buses, and NGO SUVs.

Haiti is also the Western hemisphere’s poorest country. That is not to be taken lightly. Poverty is rife and the need for everyday necessities is huge. It isn’t surprising, then, to read that UN peacekeepers are accused of engaging in transactional sex with hundreds of both rural and urban Haitian women in exchange for food, medicines, mobile phones, and money. It also isn’t uncommon for women to become pregnant during this transactional sex as reported by PRI in “Haitian moms demand UN help for the babies their peackeepers left behind.”

In the wake of the scathing report about child sexual abuse by French UN peacekeepers in the Central African Reporters that made frontline news, a new report obtained by the Associated Press and conducted by the UN Office of Internal Oversight Services says that sexual exploitation has taken place in both Haiti and Liberia with a third of those being abused being 18 years or younger. The report is slated to be released later this month.

“In cases of non-payment, some women withheld the badges of peacekeepers and threatened to reveal their infidelity via social media,” the AP reported. “Only seven interviewees knew about the United Nations policy prohibiting sexual exploitation and abuse.” None knew about the mission’s hotline to report it.

While seemingly scandalous news, this is nothing new. Independent reporting has been waving red flags for years about UN peacekeeper sex with Haitian women calling out the power dynamics between those who were sent to protect and serve a population still rebuilding from the devastating earthquake that rocked the island nation a little over five years ago.

In countries that are endemically poor it is easy for some to believe there are little to no consequences to misconduct with women and children who are most vulnerable. However, campaigns such as Code Blue are pressing the United Nations to perform internal investigations on their peacekeeping force that is now continuously in the news for being complicit in sexual exploitation.