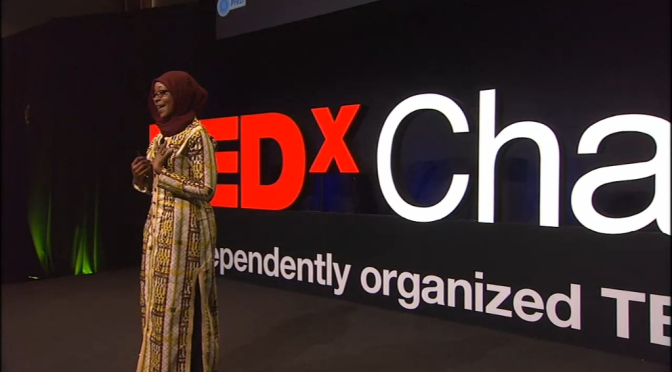 I would ask myself every day:

Did I give lately of what I hold dearest.

“Never cease searching for education,” her grandmother would tell her.

Her grandmother said education is a harmonious combination of knowledge, humility and purpose.

I grew up in a small town in Northern Niger. My mother, who never graduated from high school, would often say no dinner until you finish your lessons.

The only time I felt bitterness in her voice is when she talked about how much she had finished her studies.

My father was the type of person who would make you feel really bad about not trying hard enough.

It was guided by hopes of my mother and resilience from my father that I became more acquainted with the realities of girls my age in rural areas. We faced threats, yet when we engaged in communities it became clear to me that we had to bring together people who would not sit together.

If we are really to create meaningful discourse in a community we had to bring everyone together.

Only 1 in 4 girls completed primary school. I wondered why and I asked myself what can I do to make a difference.

Yet it was only 7 years later that I realized that the fate of my country rested on the fate of these girls.

Upon traveling to New Mexico.

“Never forget where you come from and stay true to yourself,” her grandmother told her.

My mother told me to be courageous. My father told me be like the camel, but don’t anyone treat you like one.

I learned change often starts with an individual.

Challenges are no longer an excuse. Instead they are an opportunity to look for alternatives.

Two out of three people in poverty are women in rural areas in Niger.

In talking with a women in Niger, she asked,

What she hoped for the future:

I wish I had a second chance, but truly I do not hope much for myself at least. But I can assure my daughter will go to school and remain in school longer than I did.

Despite my fears I accepted today because I hope that girls who grow up in places that don’t even appear on the world map will dream and achieve.

Q & A with Melinda Gates

How do we get those voices out there?

Answer: It is really important to listen to the communities at the beginning. We need to be there at stage minus 1, in fact. 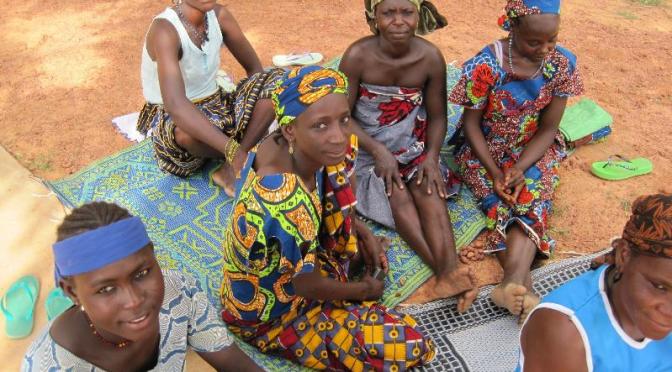 We are happy to publish the latest news from our partner Worldwide Fistula Fund. They do amazing work for women with obstetric fistulas. Please make a donation to help them continue the work they do.

From the Worldwide Fistula Fund:

Summer has been busy at the Danja Fistula Center. In July, a team of six people flew to Niger to assist the staff with patient care at the hospital. Over the course of the month, 40 surgeries were performed on women suffering from obstetric fistula. These women came to Danja hopeful that our team of medical experts would have the ability to repair their fistula and help them begin a new chapter to their life. Nearly everyone has returned to their village optimistic about the opportunities that lie ahead. One of those women is Habibati. We wanted to share her story with you. 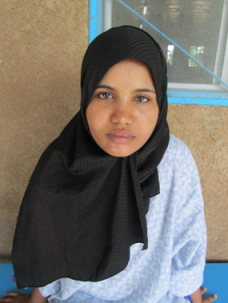 Habibati immediately stood out to us as she did not look like most of our patients. Her skin was much fairer and softer and her hair was longer and braided. Unlike many of the women who traveled from nearby villages and spoke Hausa, Habibati is Algerian.

Habibati had a pre-arranged marriage at 13 and became pregnant at 14. For three days she labored in her village. Eventually the baby passed and was stillborn. Immediately she started leaking urine and her parents arranged for her to have surgery in Algeria. She had three surgeries there and none were successful. While in Algeria, she heard a news report from a North Africa BBC affiliate about a new fistula hospital in Niger and traveled to Danja in hopes of receiving another surgery.

Habibati’s relationship with her husband is unlike that of many of the patients who come through our door. Her husband came to Danja with her and stayed at a place close to the hospital so he could visit her daily. While so many women with fistula are abandoned by their husbands, it was heart-warming to see Habibati’s husband treat her with such care.

Communicating with Habibati required an extensive game of medical telephone and we were fortunate she also arrived with a friend who served as a personal translator. Our doctor spoke in English to our translator, who spoke in Hausa to one of our nurse’s aides. The nurse’s aide translated Hausa to Fulani to Habibati’s friend, and Habibati’s friend translated Fulani into Arabic for Habibati. Each response was translated back, from Arabic to Fulani to Hausa and then English. While time-consuming, the system worked and we were able to communicate with Habibati and prepare her for surgery.

It took Habibati some time to warm up to the surroundings in Danja because of the language barrier, but once the nurses learned to say hello in Arabic she quickly perked up. She received surgery and is recovering in the patient village. We all hope that this fourth surgery will be her last.

Please stay tuned to our blog for more news out of Danja, stories of the women we’ve served and updates on our progress.

To continue supporting the Danja Fistula Center — and help bring healing and medical care to thousands of women living with the agony of obstetric fistula — please make a tax-deductible one-time or recurring gift today. We thank you for your incredible generosity.

Watch the discussion  on the World Food Programme’s Youtube page (May 30th) at 12:00pm PDT / 3:00pm EDT and learn more about the situation on the ground in Niger and throughout the Sahel.

Denise Brown, the World Food Programme Country Director in Niger said, “From my work in Somalia, Kenya, Afghanistan and Iraq, I have been a part of many emergency operations, and I know that one of the keys to responding effectively is raising awareness and mobilizing supporters like you to act. I want to give you exclusive insight into the many factors that have contributed to this crisis in the Sahel and have left more than 9 million people in the region vulnerable and food insecure.”

“I have seen first-hand how the people in Niger are working to survive and rebuild their lives, Brown continued. “Understanding how hard mothers in this country are working to try and feed their children is a moving story, and I want to share it with you.”

You can watch on the World Food Programme’s Youtube page (http://youtube.com/worldfoodprogram) and they invite you to submit questions and comments via Google+ and on Twitter using the event hashtag #food4sahel.