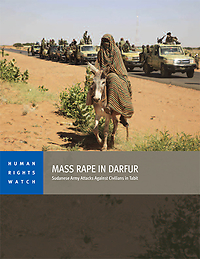 Last week, Human Rights Watch released a scathing report exposing mass rape by the Sudanese military. We first heard about these mass rapes late last year, but the news could not be easily corroborated. Since then, however, through telephone interviews, Human Rights Watch has been able to verify that nearly 200 rapes occurred during a three-day period – between October 30 to November 1, 2014 —  in the small town of Tabit in North Darfur.

Through 130 interviews Human Rights Watch learned that women and girls were routinely raped in their homes by government soldiers sometimes in front of their husbands and children. They were not shown any mercy often having several men rape them.  Soldiers who left the military told HRW that women and girls were targeted because those in high command beliebed them to be rebel supporters.

“The deliberate attack on Tabit and the mass rape of the town’s women and girls is a new low in the catalog of atrocities in Darfur,” said Daniel Bekele, Africa director at Human Rights Watch, in a statement. “The Sudanese government should stop the denials and immediately give peacekeepers and international investigators access to Tabit.”

END_OF_DOCUMENT_TOKEN_TO_BE_REPLACED

During the weekend we read global news articles worth reading from media outlets ranging from the New York Times to the Guardian. If you would like to bookmark some of these articles we recommend using Instapaper or Evernote for future reading.

The Security Council unanimously adopts resolution 2127 (2013), authorizing the deployment of the “African-led International Support Mission in the Central African Republic” (to be known as MISCA), for a period of twelve months. The Council also authorized support of MISCA by French forces. UN Photo/Amanda Voisard
05 December 2013 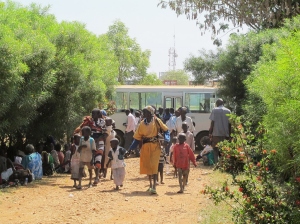 Up to 13,000 South Sudanese civilians have sought refuge at the UN compounds in Juba, fleeing fighting between members of the SPLA (Sudan People’s Liberation Army). UN Photo/Julio Brathwaite

Members of the Indian Battalion at UNMISS assisting displaced persons who have fled their homes and are seeking safety and help from the UN. UN Photo/Rolla Hinedi 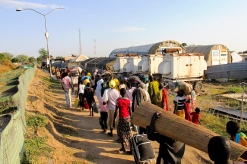 Officers from the UNMISS Japanese contingent providing water to civilians that seek refuge in UN House, the UNMISS compound on the Southwestern outskirts of Juba. UN Photo/UNMISS

The remains of our two colleagues from the Indian Battalion killed in action arrived to Juba for a memorial ceremony. UN Photo/Rolla Hinedi 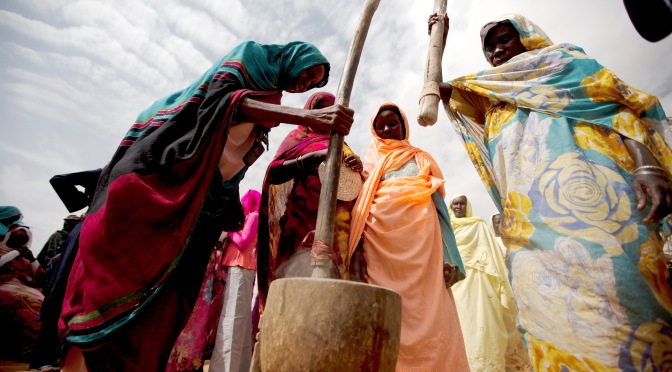 Women’s groups, collectives, and networks are the backbones of Africa. When women are empowered to work together they can demand more for their daily work and they are afforded more opportunities to thrive and create a better lifestyle for their children and families.

One such project in Darfur is called SAFE, a community-led project for women funded by the World Food Programme. According to the United Nations, “SAFE is a locally-run community project in which participants produce fuel-efficient stoves for themselves and to sell at market. The stoves reduce the consumption of firewood by about 30% and, as a result, the number of times women must fetch wood. The center also produces natural firebrick and plant seedlings, maintains an orchard of gum arabic trees, and organizes training for illiterate women.”

Creating their own fuel-efficient stoves and bricks is vitally important for women as going to fetch firewood is often quite dangerous for women and girls and is detrimental to the environment. Oftentimes it takes many hours or sometimes days for women and girls to get firewood and there are perpetual threats of violence and rape in the forests.

There is a magnificent award-winning film called Carbon for Water that shows the plight of girls who have to fetch firewood for their families. Below is the trailer. It is definitely worth watching.

Sharga: Women in Sharga village, in North Darfur, prepare food during the visit of a delegation of ambassadors of the European Union countries into the SAFE centre. 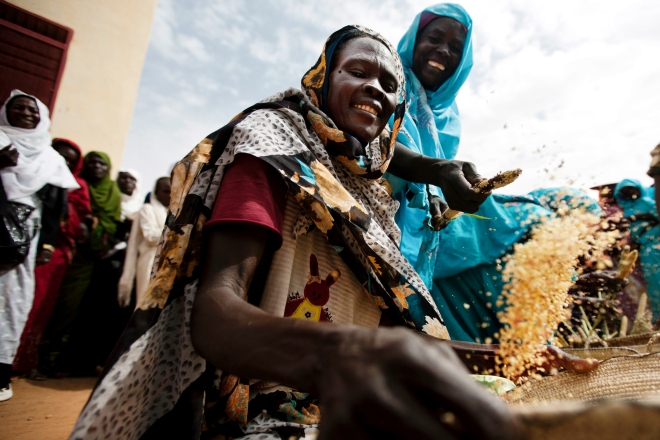 The SAFE Centre is a project promoted by the World Food Program and currently only run by the local community.

The members of this center make fuel efficient stoves for themselves and to sell to the local markets. These stoves reduce around 30% the consumption of firewood and, consequently, it reduces the number of times that women go to the forests to collect firewood.

Caption and information courtesy of the United Nations. 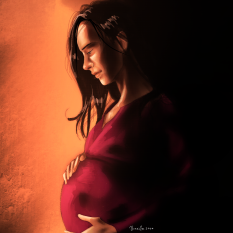 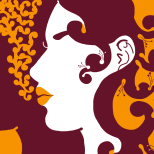